We are SOLD OUT for Saturday, 9/26 & Sunday 9/27 and cannot accept walk-in guests due to attendance limits imposed by our Governor.

Admission includes access to the Apple Orchard, Corn Maze, Pumpkin Patch and Play Area. Apples are sold separately and NOT included with admission. 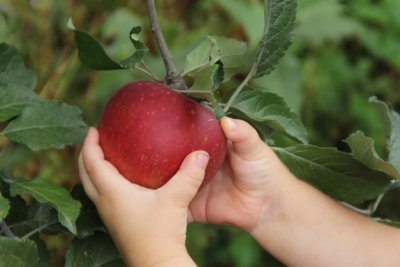 Pick your Own Apples $1.99/lb  with your farm admission or $2.49/lb in our Farm Market without admission. 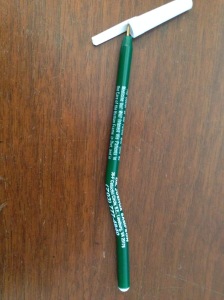 “The doctor of the future will give no medicine…”

When I visited Leesburg Chiropractic last week, Dr. Sampson gave me company pen that looked like it had been slammed in a drawer. Between the words “Leesburg” and “Chiropractic”, the pen bent sharply, and though it kind of straightened out again after the last ‘c’, you couldn’t make the cap stay on at either end — Dr. Sampson tried, then he handed me the cap separately. For a couple of minutes I took notes with that pen, but it was hard to hold with that bend in the middle, so I put it in my pocket when Dr. Sampson wasn’t looking.

Later I realized that all of his company pens were bent between those two words, perhaps to suggest that if a crooked pen doesn’t work very well, a crooked spine doesn’t either.

Back pain isn’t the only problem correct alignment may relieve. According to the University of Minnesota’s Center for Spirituality and Healing, “Chiropractic is a complete system of healthcare focused on restoring, preserving, and optimizing health by natural hands-on care… The word ‘chiropractic’ comes from the Greek words cheir (hand) and praxis (action), and simply means ‘done by hand.'”

Dr. Sampson showed me an article about treating ear infections with chiropractic, and explained that local obstetricians and midwives have begun to suggest that women with breech babies seek chiropractic treatment. “Pregnancy shifts a woman’s center of gravity forward,” Dr. Sampson explained, “and that puts a lot of strain on the lower back. In many cases, after you adjust the mother’s structure, the baby will assume the right position automatically.”

In fact, this component of Dr. Sampson’s practice is becoming so prominent that he’s producing a documentary about the benefits of chiropractic treatment for pregnant women; several of his patients will describe the effects of treatment they received both during their pregnancy and after delivery.

Dr. Sampson has worked with infants as well. He he recently treated a baby whose head kept turning to the right, perhaps because of stress on the neck during delivery. “With babies, I use about the amount pressure you could put on a tomato without denting it,” he explained. “You know, babies can’t tell us that they have a head ache, but sometimes that must be what makes them cry.” Parents are sometimes astonished by how their children respond to gentle adjustments, Dr. Sampson reported.

In recent years, Leesburg Chiropractic team has grown along with its client base. Three chiropractors besides Dr. Sampson are now associated with the practice, including Dr. Sampson’s father, Martin Sampson, who was the first chiropractor to establish a practice in the 60-mile corridor between Reston and Winchester. Dr. Eric Saxton is a member of the American Chiropractic Association and the Virginia Chiropractic Association, and he is licensed by the Virginia Board of Medicine. He utilizes a variety of techniques to tailor treatment for each individual. And Dr. Chris Oliver, the most recent addition to the team, is licensed by the Virginia Board of Medicine in both chiropractic and acupuncture. The Leesburg Chiropractic teams also included three massage therapists: Julie Bertin, Stephanie Clark, and Jeff Hawkins. 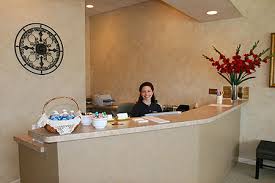 “The doctor of the future will give no medicine but will interest his patients in the care of the human frame, in diet, and in the cause and prevention of disease,” Dr. Sampson said, pointing to a framed quotation on the wall behind his desk. “Thomas Edison said that.”

Quoting Edison seemed like a great way to invoke the wholistic vision that connects seemingly disparate endeavors like chiropractic and Community Supported Agriculture — Leesburg Chiropractic is a popular CSA group site. I leaned toward the wall so I could copy Edison’s words exactly.

Indeed it was, right there on the straight part.

Come pick fresh apples, find the perfect pumpkin, challenge the corn maze and play in our 12 acre farm play area! Advance Tickets are REQUIRED for Saturdays & Sundays to guarantee access due to COVID safety limits on attendance ordered by Gov. Northham. Apples sold separately and NOT included with admission.

Pick your Own Apples

We are SOLD OUT for Saturday, 9/26 & Sunday 9/27 and cannot accept walk-in guests due to attendance limits imposed by our Governor.  Get your advance tickets today to guarantee access for your family to the farm play area and apple orchard for before they sell out as well!

Apple are sold separately and NOT included with admission.