Give Thanks This Week 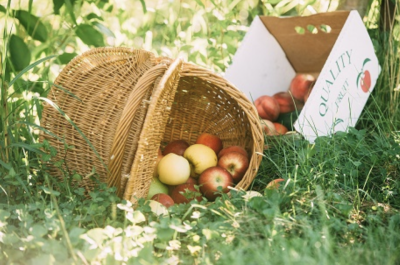 The art of cider making has been around for a very long time. In fact, it used to be very common for every family farm to have a cider press for pressing, fermenting, and preserving their produce. We were lucky to spend time chatting about all things cider with Farmer Bob (Bob Zurschmeide) also known as Pawpaw, the one who shared a love of farming with his children,  grandchildren and now his great grand children for 4 generations of impact on farming. When Pawpaw stumbled across an old cider press in a field in Indiana over 60 years ago, he knew there was something special about it. He gave it a good cleaning, fixed a few details, and built a strong wood frame to hold it together. At that moment, he had no idea of the good use this machine would get. Its frame is still strong and standing at Great Country Farms  and is used at the annual September Apple Harvest Fest for Cider Pressing Demonstrations. 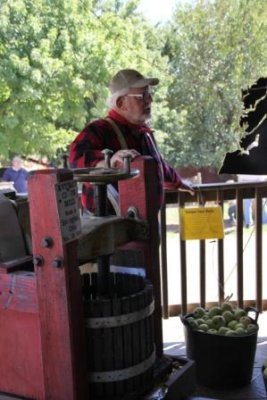 After recovering the press and making it his own, Bob has ventured with this large, heavy, apple press across the country not once, but twice! He and his wife, Faye Zurschmeide, have used it to make their own wine by pressing grapes, juice with apples, and cider vinegar to help preserve vegetables and produce. This press is all cast iron and has the year, 1865,  it was made engraved in the exterior. Using an older model press requires more work and time. It is a slower process because cider is produced in batch quantities. The process includes loading the apples, using power and speed to start the process, and then allowing the juices to press and then repeating over again. Pawpaw explained that today, an apple pressing machine is continuous which means the conveyor belt is always loading apples and doing the powerful work. This makes it a much simpler and more efficient process. One bushel of apples will produce about a gallon of cider when using the older press model.

Time has passed and technology has taken speed by creating several efficient models for apple pressing. The two most common presses used in the cider-making industry today are a belt press or a bladder press. Each of these presses can produce up to three times the amount of the older model press. 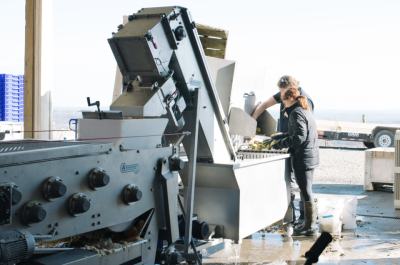 ss- This press uses air and water pressure to create a softer process for pressing apples. A bladder press is often used for grapes in wine production. The great thing about a bladder press is that it uses much less water and allows more control during pressing cycles.

No matter which press is being used, it is much easier and faster than hand spinning the apple press with each small batch. The amount of cider produced at one time does depend on the quality and softness of the apples as well as the variety. Overall yields run between 130-185 gallons a ton based upon apple variety and condition. 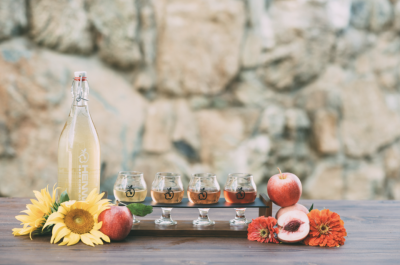 The cider industry is slowly making a comeback. At Great Country Farms we press fresh apple juice for the whole family. Our cider is boxed and bagged air-tight to create a long-lasting freshness that keeps it drinkable for 6 months to a year.

Virginia Cider Week started in 2012 when the Virginia House of Delegates and the state Senate passed House Joint Resolution 105 to designate the full week before Thanksgiving as Cider Week in Virginia.

Since then, Virginia Cideries have celebrated Virginia Cider Week through festivals, tastings, pairing dinners, workshops and open houses at venues throughout the state.   Our neighbors at Henway Hard Cider also create refreshing seasonal hard ciders with flavors such as Apple Cider Donut, Concord Grape, and Peach.  Henway also provides a unique opportunity to learn about cider from the orchard to the glass in their seasonal Graft to Glass Tours.  Join one of our orchard managers and mixologists to tour the grafting field, orchard and tasting room.

Plan your visit this winter to pick you some cider to take home and cozy up by the fire and sip on fresh-pressed apples in your glass at Henway with Winter Spice. Sip back and enjoy the farm-fresh apples pressed to perfection!

Santa is coming to town!

Join FAN of the Farm Club and your immediate family can come pick & play as often as you like!