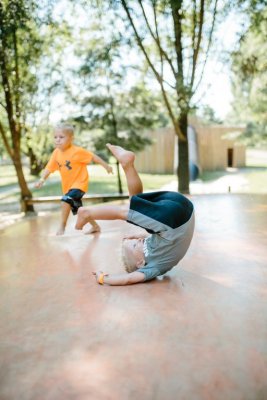 Three take-aways from the Intelligence Squared debate on GMOs:

1. Thirty-six years from now, we’re going to need twice as much food as we produce today, Robert Fraley said, repeatedly. That sobering projection comes from an article by Jonathan Foley called “A Five-Step Plan to Feed the World,” which is part of a recent National Geographic series called “The Future of Food.” Fraley, who is Monsanto’s Chief Technology Officer and thus has much to gain from the success of genetic modification, agreed with Foley’s assertion that the either/or approach to the biotechnology debate will lead to mass starvation.

“Those who favor conventional agriculture talk about how modern mechanization, irrigation, fertilizers, and improved genetics can increase yields to help meet demand. And they’re right,” Foley asserts. “Meanwhile proponents of local and organic farms counter that the world’s small farmers could increase yields plenty—and help themselves out of poverty—by adopting techniques that improve fertility without synthetic fertilizers and pesticides. They’re right too.”

From National Geographic’s series “The Future of Food”

To feed the nine billion people who will live on Earth in 2050, Foley suggests, we have to stop trying to prove that one of those rights is wrong. And to his credit, Fraley agrees. That’s good common sense.

2. Charles Benbrook pointed out that some GMOs, such as Bt corn, are already in their fourth or fifth generation, meaning that before enough time has passed to measure long-term effects of a particular modification, it has already been amended three or four times, which means any results available now are irrelevant because the current products are no longer the ones that were studied.

“None of the GE corns that have been on the market have had a dominant position for more than five or six years,” Benbrook said. “So, we are moving from one generation of GE crops to the next to the next before we’ve even begun to understand what the impacts of the first ones are. So, I would like to have the ability to at least do two crop rotation cycles, which might be six or eight years, to see how the farming system has responded, but in that time period, just that time period, the technology has changed. So, you never really get a handle on what has happened.”

3. Half the people in the audience changed their mind about the issue during the course of the debate. Intelligence Squared functions like an egg-head version of American Idol: audience members and the remote audience watching at home get to register their position once at the start of the show and again at the end. It’s a way to judge who won. In this case the winner was clear: 32% of voters favored GMOs before the debate, and afterwards that number jumped to 60%, with most of the converts coming from the undecided camp.

If I had seen the event live, I would have been one of those vote-changers, for two reasons: because, like Foley and Fraley, I think the world needs a variety of food-production methods, not just one. I realize that one argument against GMOs is that they may effectively foreclose on their competition, which is one of the reasons I still distrust the genetic modification movement; but Fraley and his partner Alison Van Eenennaam seemed less dogmatically entrenched than Benbrook and Margaret Mellon. And also because the pro-GMO team was better prepared for the contest. Both of them spoke in long, free-flowing sentences which created the impression that they had thought about their position thoroughly enough to see how different pieces of information connected to each other. Benbrook and Mellon, on the other hand, often spoke haltingly, as if their thoughts resembled the bent scraps of paper that Mellon fingered on the table in front of her.

I guess presentation makes a difference.