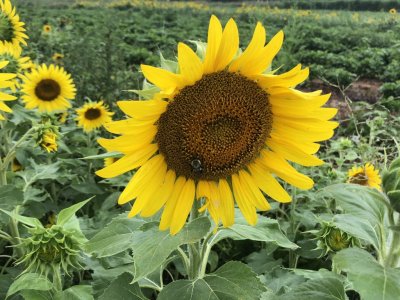 On February 13, a peculiar bill will come before the Agriculture Subcommittee of the Virginia General Assembly. SB 1195 is subtitled with three terms that get our attention, even in the dead of winter: “Produce safety; farm inspections; civil penalty.”

According to Virginia’s Legislative Information System, “The bill authorizes the Board of Agriculture and Consumer Services to adopt regulations to carry out the purposes of the law and gives the Commissioner of Agriculture and Consumer Services free access at all reasonable hours to any farm to inspect the farm and take samples. The Commissioner also is authorized to seize certain produce that he believes to violate the federal regulations or state law. The bill authorizes the Board to levy a civil penalty of up to $1,000 per violation, to be deposited in the Stormwater Local Assistance Fund.”

That prospect doesn’t sound appealing, so I’m inclined to hope the bill is defeated.

What that summary doesn’t say is that a federal agency, the FDA, already has the authority to inspect 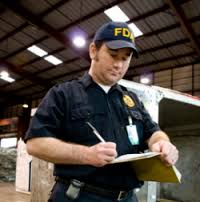 us at any time and confiscate produce that violates one of its strandards. So the question isn’t whether we should be subject to surprise inspection, but rather should inspecting authority belong to Washington or Richmond?

A lot of people believe the Virginia Department of Agriculture should oversee farming in Virginia, so they would support the bill. Other people oppose the bill on the grounds that it would encourage VDACS to discover violations, since they would get a grant from the FDA for taking over that responsibility. And the bill allows VDACS to fine farmers $1,000 per incident.

What do you think?

We encourage you to read the information at the links above and let your delegate know how you think he or she should vote when the bill comes out of committee.