Order strawberries, asparagus, honey, donuts, pies, eggs and more from our on-line market and choose your pick up day.             Shop our Online Market

No Pick Your Own Strawberries in 2020

Due to the Mother’s Day weekend freeze,  we do not have enough strawberries to open to the general public this season.  CSA & Fan Members~ please watch for your Crop Talk email for picking information. 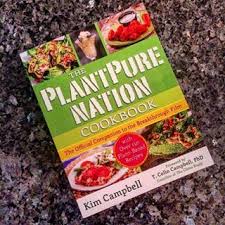 The bean salad we enjoyed at Meredith’s going away party came from a book called Plant Pure Nation, which is the practical companion to a film detailing what happened to people in small-town North Carolina who stopped eating animals for a couple of weeks — their diseases of affluence disappeared. It’s a subversive documentary which you shouldn’t watch unless you’re willing to man the barricades, but many of the recipes are good enough to embrace before the revolution.

This one features pulses, the food category recently dubbed Nutritional Hero of 2016 by the United Nations. “Pulses are annual leguminous crops yielding between one and 12 grains or seeds of variable size, shape and color within a pod,” according to the UN’s Food and Agriculture Organization. Dried beans, in other words. The recipe calls for pinto beans and black beans, but I added cannellini beans as well, because three pulses seemed better than two.

Drain and rinse whatever beans you use, and put them in a bowl that’s bigger than you think it needs to be. Add a cup or two of frozen sweet corn, one or two diced red bell peppers, about half a red onion, a pint of quartered cherry tomatoes and a couple of avocados.

In a different bowl, whisk together: 1/4 cup red wine vinegar, 1/4 lime juice or more than that, 1 tablespoon or more agave nectar or honey (I just squirt the honey bear for a few seconds, because honey sticks to 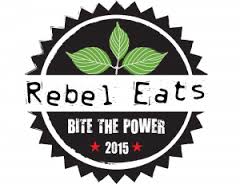 measuring tools), 1/2 teaspoon salt, 1/2 teaspoon ground cumin, 1/2 teaspoon chili powder, 2 teaspoons hot sauce (I don’t put that in), and a handful of chopped cilantro or as much as you like — I like a lot, with a lot of lime juice. Whisk all that stuff together and taste it to see if you’d like more cumin, or more salt. (Actually, it works best to put the cilantro in the bowl with the beans et cetera.) Then mix the dressing with the stuff in the other bowl and chill it for a while. It should last for a couple of days.